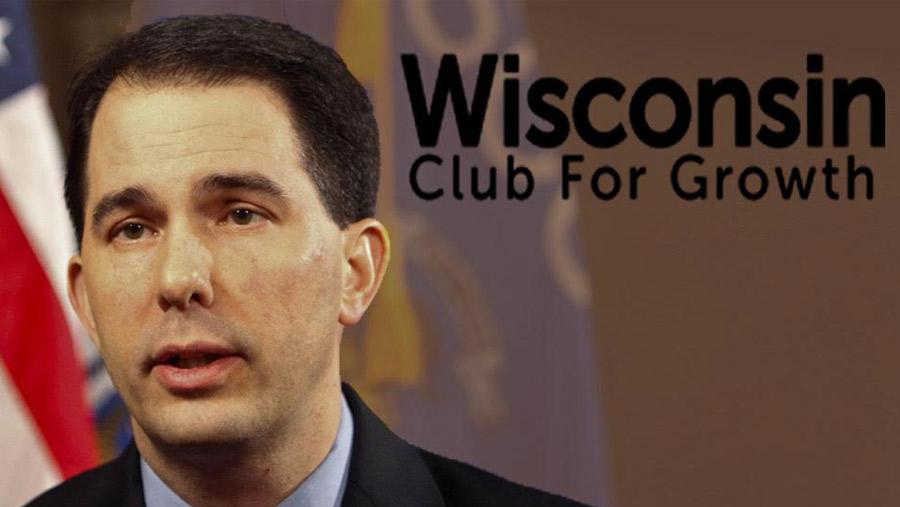 On Monday, the U.S. Supreme Court decided not to take up the Scott Walker John Doe investigation. As a result, undisclosed, dark money will reign supreme in Wisconsin campaigns and elections until supporters of transparency are elected and the laws are changed.

"We are proud to have taken this fight as far as the law would allow and we look forward to the day when Wisconsin adopts a more enlightened view of the need for transparency in campaign finance," said state prosecutors when they heard the news.

Wisconsin prosecutors were appealing a 2015 Wisconsin Supreme Court ruling, which shut down an investigation into Governor Scott Walker's coordination with dark money groups, and took the unprecedented step of legalizing candidate coordination with those same groups. No other court in the land has taken such a step, and the move took Wisconsin from being one of the most transparent systems in the nation to one of the worst.

Prosecutors appealed both to defend Wisconsin's post-Watergate campaign finance system and on the grounds that the failure of two justices to recuse made the Wisconsin Supreme Court an unfair playing field. But the nation's highest court, which takes about 80 of the 7,000 cases appealed to it by one estimate, decided not to hear the case.

"The United States Supreme Court, the Wisconsin Supreme Court and multiple judges have all reached the same conclusion with every ruling—that this investigation by prosecutors was without merit and thus must be ended," Governor Walker said in statement.

But contrary to the Walker spin, the decision was not on the merits.

"It is important to recognize that a denial of cert. does not mean the U.S. Supreme Court endorses or sanctions the actions of Governor Walker, his dark money group, or the Wisconsin Supreme Court. Given the split on the U.S. Supreme Court, it is perhaps not surprising that the justices declined to wade into this politically-charged, highly complex case that raises difficult legal issues that would divide the 4-4 court in half," said Brendan Fischer, formerly General Counsel for CMD, now an attorney with the Campaign Legal Center in Washington, D.C.

"As a result of the [Wisconsin Supreme Court] decision and subsequent action by the legislature, a wealthy corporation or individual can make an anonymous and disguised political contribution through certain groups. The public will never know if those donations influenced the decisions of elected officials. Meanwhile, the average Wisconsin citizen, whatever their political affiliation might be, must disclose personal information when making a modest political contribution so the candidate can report it as required by law," said special prosecutor Francis Schmitz, a former Republican terrorism prosecutor appointed to look into the activities of Walker and his dark money allies.

Coordinated secret spending will not only be allowed in state legislative races it will be allowed in state judicial races and when Justice Michael Gableman, who wrote the unprecedented decision allowing "independent" groups to coordinate, is up for election in 2018.

While right-wing media in the state has been apoplectic about the investigation--charging prosecutors with a partisan witch hunt and an attack on the free speech rights of the billionaires who want to give anonymously--outside campaign finance experts take a different view.

"While Wisconsin prosecutors faced accusations that they had political motivations, the unavoidable fact is that many states have enacted and regularly enforced laws like Wisconsin's, usually with relatively little controversy," said Brent Ferguson of the Brennan Center for Justice.

A similar case was brought in Virginia in 2015 when federal prosecutors demonstrated that one person controlled both the campaign and a superPAC that ran ads supporting Chris Perkins, a Virginia Republican challenging Democratic Rep. Gerry Connolly.

Until the law is changed, unaccountable dark money groups like Wisconsin Club for Growth and the Koch's Americans for Prosperity and their billionaire backers, will largely be in control of Wisconsin campaigns and elections and with the elaborate shell games that characterized the recall period, the public may never know it. Wisconsin voters will never know about any special treatment those secret donors might receive, like Texas billionaire Harold Simmons who convinced the Wisconsin legislature to retroactively cancel the lawsuits brought against him by 173 lead poison children after he secretly gave $750,000 to the Wisconsin recall effort via Wisconsin Club for Growth.

While Walker campaign guru R.J. Johnson celebrated the court's decision, referring to himself as a persecuted "Field Marshal" of the conservative movement in a Facebook post, and WCFG's Erick O'Keefe celebrated by threatened further reprisals against the same prosecutors/investigators his legal team has already sued three times, an interesting note was struck by Wisconsin Manufacturers and Commerce spokesman Scott Manley. Investigators were looking into whether or not WCFG funneled money to the trade association in 2012 for its express advocacy in support of Walker.

Manley appeared worried. He pointed to a six page letter sent by Democratic legislators to Madison District Attorney Ishmael Ozanne last week detailing all the new legal issues revealed in a set of documents published by the Guardian in September.

The legislators asked Ozanne to look into the law change benefiting Texas billionaire Harold Simmons as a possible violation of Wisconsin's misconduct in public office law and to examine closely the issue of corporate checks. If Walker solicited corporate checks for WCFG for a coordinated campaign involving express advocacy or its equivalent, the checks violated Wisconsin's longstanding corporate checks ban, the letter explains. "These issues have never been addressed by any court," said Madison Representative Chris Taylor.

Legislators also cited provisions in Wisconsin Ethics Code that prohibited Walker from fundraising for any outside group. He couldn't even raise funds for the Boy Scouts.

"If it's not a campaign contribution, it's just money," said Jonathan Becker, the former head of that state ethics board who was effectively removed from office by the Wisconsin GOP, told the Wisconsin State Journal. "It's a violation of the ethics code (for a politician) to raise money for yourself or an organization you're associated with."

The campaign finance groups in the state, Wisconsin Democracy Campaign and Wisconsin Common Cause want to see an investigation of the newly revealed facts pursued: "Recent revelations about the 2011-2012 recall elections have raised troubling new questions about Governor Walker and those who engaged in possible illegal activity. The new information which has come to light merits a full investigation by the Dane County District Attorney," said Heck on Monday.

Wisconsin Democracy Campaign director Matt Rothschild agreed: "The Guardian story disclosed a lot of new, potential felony violations that need to be investigated and the Dane County District Attorney, Ishmael Ozanne, is the perfect guy to do it," he told CMD.

And the citizens of the state must begin the hard work of rebuilding Wisconsin's reputation for clean and transparent elections. While Wisconsin has turned back the clock, many states are moving forward with new rules specifically banning candidate coordination with superPACs and non-profits like Wisconsin Club for Growth, and new measures must be sought at the federal level to overturn the Supreme Court's Citizens United decision which confidently predicted that unlimited "independent" corporate spending wouldn't have a corrupting influence on politicians because it would be totally independent of candidates.