Contempt of Court: Trump’s Judicial Blitz Betrays His Hostility to Rule of Law 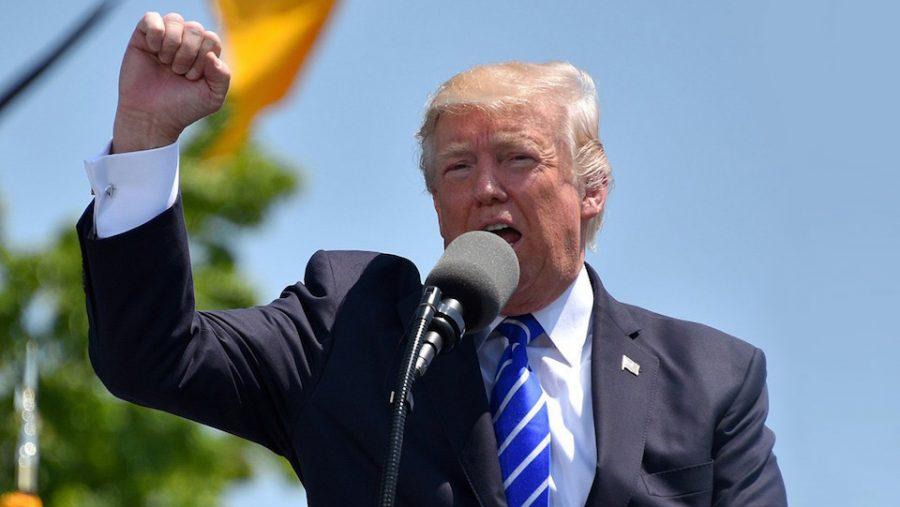 President Donald Trump’s open hostility to the functioning of federal government has been painfully obvious for months.

Trump appointed the fossil-fuel industry’s favorite, Scott Pruitt, to run the Environmental Protection Agency, which Pruitt sued 14 times as attorney general of Oklahoma. Trump picked Rick Perry to head the Department of Energy, an agency Perry pledged to eliminate but couldn’t remember the name of in his infamous 2011 presidential debate debacle. And Trump named Betsy DeVos as his education secretary, despite her career spent bankrolling efforts to privatize the public school system she never attended.

The list goes on. Most recently, Trump’s nominee to run the EPA’s chemical safety division was forced to withdraw when his track record as a researcher-for-hire for pesticide and flame-retardant manufacturers proved too toxic for even some Senate Republicans.

What the public is now recognizing with increasing clarity, however, is Trump’s contempt for the courts.

In the past two weeks, three of Trump’s judicial nominees for lifetime appointments to federal trial courts have been benched based on their embarrassing lack of qualifications or extremist views.

Dark-money champion Matthew Petersen, who holds a GOP seat on the Federal Election Commission (FEC), withdrew his name from consideration for a federal judgeship in D.C. after a video of him struggling to answer basic law-school questions at his confirmation hearing went viral. Petersen may have earned a presidential pick for his outstanding job in tying the FEC’s hands in the face of a flood of undisclosed political spending, but he had absolutely no courtroom experience. None, nada, zilch.

Oddly enough, that didn’t seem to bother Republicans on the Senate Judiciary Committee when they approved Trump’s pick for an Alabama court vacancy, Brett Talley. Talley earned a rare unanimous “not qualified” rating from the American Bar Association (ABA) and has never tried a case. But then news reports emerged disclosing that Talley had published hundreds of extremist blog posts under a fake name, including one praising the Ku Klux Klan. And, by the way, he forgot to disclose that his wife serves as chief of staff for White House Counsel Don McGahn. That undisclosed conflict of interest proved to be a tad too much, and the White House withdrew his nomination.

Similarly, the White House pulled back ideological zealot Jeffrey Mateer’s nomination to sit on a federal district court in Texas after members of the public pointed out that Mateer had compared same-sex marriage to bestiality and called transgender rights part of “Satan’s plan.”

This is not just a case of poor vetting. It is the product of a deliberate attempt to stack the federal courts with young right-wing judges who place ideology over the rule of law.

Trump came into office with more than 100 court vacancies to fill, thanks to the Republicans’ masterful stonewalling of President Obama’s nominees after they took control of the Senate in 2014. Trump wants to seize the opportunity that creates to reshape the judiciary for decades to come and has given his controversial White House Counsel, Don McGahn, the lead role in that task.

And McGahn has a plan. He has approached the job like a political campaign, focusing on filling appellate court openings in states that went for Trump, especially those where a Democratic senator faces reelection in 2018. Republicans are systematically moving that plan to fruition in what some have called as a “court-packing spree” and a “judicial nomination blitz.”

Many of these nominees have extreme conservative views, culled from the ranks of the Koch-funded Federalist Society and Heritage Foundation, former clerks to ultra-right jurists like Justice Antonin Scalia or McGahn associates and acolytes. Most are white, male and relatively young — meaning that if confirmed they will occupy those lifetime judicial seats for decades to come.

The nominees withdrawn in recent days are not the only ones to spark controversy. The Senate confirmed John Bush for the Sixth Circuit Court of Appeals, despite his blog posts (written under a fake name) comparing abortion to slavery and promoting conspiracy theories about Obama’s citizenship, and despite his disagreement with the seminal Supreme Court case protecting press freedom. Damien Schiff, who awaits confirmation to the Court of Federal Claims, called Justice Anthony Kennedy a “judicial prostitute” and has written of his desire for a far-right Supreme Court that could “overturn precedents upon which many of the unconstitutional excrescences of the New Deal and Great Society eras depend.”

Steve Grasz was confirmed to the Eighth Circuit Court of Appeals, even though a unanimous ABA panel concluded he would be unable to put his personal biases aside. Greg Katsas was confirmed to the D.C. Circuit, which specializes in appeals of executive branch actions, even though he was Trump’s deputy White House counsel and was involved in numerous disturbing actions on behalf of this president and his administration. Don Willett won confirmation to the Fifth Circuit, despite his dismissal of laws improving women’s working conditions as simply “more government” and his belief in sharply limiting government’s ability to address the inequality and danger posed by the excesses of a free market.

In all these cases and more, the nominees have gotten through the Judiciary Committee and confirmation by strict or near-complete party-line votes.

So far, McGahn’s plan is working.

Trump has managed to confirm 12 appellate court judges to date, quadruple what Obama did in his first year, and has thrown up a raft of lower court appointees. “We will set records in terms of the number of judges,” Trump stated recently. “There has never been anything like what we’ve been able to do together with judges.”

Given the Trump administration’s lack of respect for the rule of law, freedom of the press and other pillars of democracy, Americans should be very concerned about the legacy he will leave if his efforts to stack the courts go unchecked.

This article was first published in Salon and was written by Arn Pearson in his capacity as a senior fellow for People for the American Way.