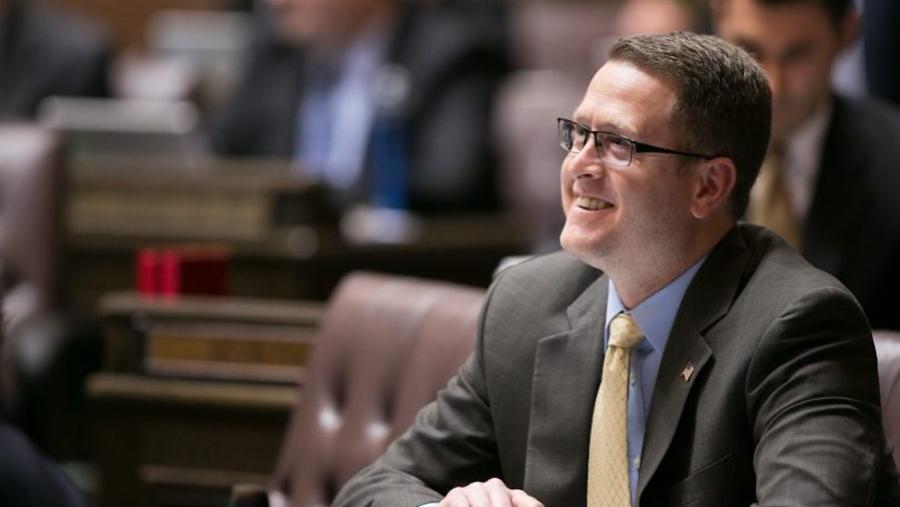 Washington State Rep. Matt Shea (R-Spokane) has found himself in hot water with the Federal Bureau of Investigation (FBI) for circulating a manual for how to conduct a Christian holy war in the United States.

Rep. Shea is the Washington State Chair for the American Legislative Exchange Council (ALEC) and has served on its Civil Justice Task Force.

Shea's outline for holy war, entitled "Biblical Basis for War," details who would qualify as a holy warrior -- mainly "able bodied males" -- and under what circumstances peace might be had, including a stop to all abortions, an end to same sex marriage, an end to idolatry, an end to communism, and replacing the current justice system with Biblical law.

And if the country does not yield, Shea's manifesto says, "Kill all males."

Once the document was leaked and attributed to Shea, he took to Facebook to defend himself, saying that he is not an extremist as Rolling Stone reported because the United States is a "Christian nation."

The Rolling Stone article details Shea's push to create a 51st state called "Liberty" that would be created by dividing Washington State at the Cascade Range. The article also revealed that Shea faced a firearms charge in 2012 for brandishing a loaded gun during a road rage incident, which he didn't have a valid permit for.

"At a bare minimum, ALEC and its corporate sponsors should demand Rep. Shea's resignation as ALEC's state chair in Washington state," said Karen Hobert Flynn, President of Common Cause. "The manifesto he distributed was appropriately referred to the FBI. The violent extremism in the document that Rep. Shea distributed is the sort of rhetoric that furthers a cycle of hate that is taking lives in our houses of worship, in our schools, and in our communities. It has no place in our democracy."

"This is appalling behavior from anyone, especially someone in elected office, and it's shocking that ALEC continues to give Matt Shea a leadership role even after his disturbing, hateful record has been so clearly established," said Marge Baker, Executive Vice President at People For the American Way. "Such violence and bigotry is intolerable. ALEC should immediately demand his resignation as state chair."

Last Thursday, Leland Kim, a spokesman for AT&T told the Spokesman-Review: "We have reviewed the news reports and the document, and have concluded that Rep. Shea's statements are divisive and do not reflect our core values of inclusion and equality. We will not be making any future contributions to Rep. Shea's campaign and will ask that he return the $1,000 we contributed to his campaign earlier this year."

The Center for Media and Democracy sought comment from AT&T on the status of its membership in ALEC following Kim's comments, but as of publishing has not received a response.

The latest ALEC controversy comes just two months after it faced backlash for hosting hatemonger and anti-Islamist David Horowitz at its annual meeting, where he said, among other things, that "at the K-12 level, school curricula have been turned over to racist organizations like Black Lives Matter and terrorist organizations like the Muslim Brotherhood."

Verizon, a longstanding corporate sponsor, dropped out of ALEC after Horowitz's speech saying, "Our company has no tolerance for racist, white supremacist or sexist comment or ideals."

ALEC did not respond to CMD's request for comment.