ALEC Doubles Down on Trump, Corporate Agenda at Annual Meeting in Texas 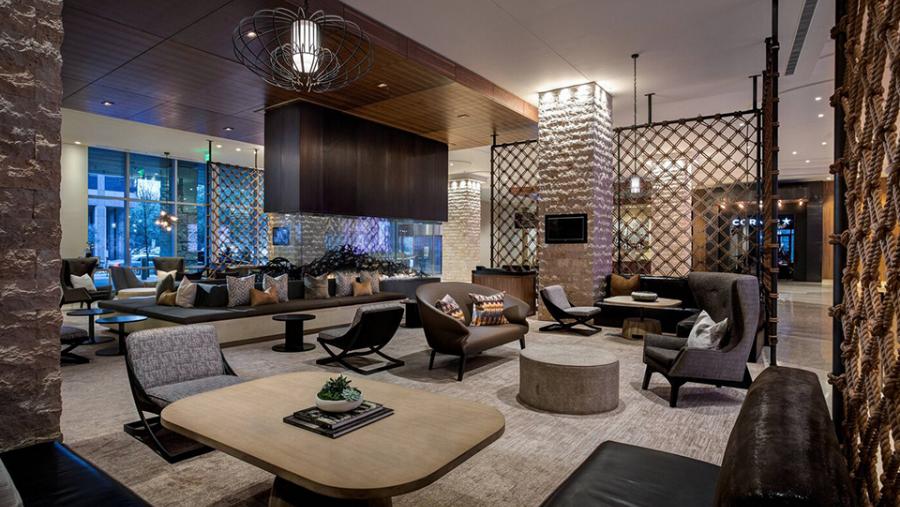 The American Legislative Exchange Council (ALEC) meets this week in Austin, the capital of the Lone Star State, for its 46th Annual Meeting at the posh JW Marriott hotel. State legislators and corporate lobbyists will again gather to draft and vote on model bills and resolutions for lawmakers to take back home.

On tap are bills and resolutions targeting the integrity of our democracy, unions, the strength of our public education system, and the health of our environment. ALEC is a pay-to-play corporate influence operation where special interests buy seats on issue "task forces" and craft model legislation with lawmakers with no public disclosure.

According to a recent investigation by the Center for Public Integrity and USA Today, "copycat bills amount to the nation's largest, unreported special-interest campaign, driving agendas in every statehouse and touching nearly every area of public policy."

Texas seems a logical and timely venue choice for ALEC to build those networks, as it has a supersized influence in the state, according to a new report by Common Cause and the Center for Media and Democracy (CMD), and the largest delegation of politicians with ALEC ties. Plus, it's just a Chinook helicopter ride away from the Mexican border, where ALEC public sector board members got a "confidential" tour on Monday.

ALEC is keeping conference speakers secret this time around, but here is what they have disclosed for their Austin agenda so far.

Gearing up for Gerrymandering

Now that the Supreme Court has kicked the door wide open for partisan gerrymandering, ALEC will also make sure its GOP legislative members are prepared to redraw their districts in the most favorable way come 2021.

In its June decision in Rucho v. Common Cause, the U.S. Supreme Court's 5-4 conservative majority held that partisan redistricting, no matter how extreme, cannot be controlled by the courts. "Of all the times to abandon the Court's duty to declare the law, this was not the one," lamented Justice Elena Kagan in an emotional dissent from the bench, noting that the ruling imperils "free and fair elections."

However, the ruling fits nicely with ALEC's Resolution Reaffirming the Right of State Legislatures to Determine Electoral Districts, adopted in September 2018, which called on the courts to stay out of the way and give state legislatures a free hand to set district lines.

ALEC is offering two workshops on the practice at its Austin summit: What is Redistricting and Why Must We Do It? and How to Survive Redistricting.

By "survive," ALEC apparently means hold on to power despite a changing electorate. ALEC will bring in attorneys and legislators with "extensive experience" in past gerrymandering efforts and litigation to coach attendees on the process.

In the last redistricting cycle, Republicans led by political strategists like Karl Rove executed their REDMAP gerrymandering plan to lock in control of three quarters of state legislative chambers and the U.S. House despite a close split between Democratic and Republican voters.

"What's scary is not that ALEC is holding these panels for redistricting but they are likely gearing up for the next round of gerrymandering unbound by any fear that the Supreme Court would rein in partisan gerrymandering," said Kathay Feng, Common Cause's national redistricting director.

Never a big fan of the popular vote, ALEC adopted a resolution last year calling for repeal of the 17th Amendment allowing voters to choose their U.S. senators and handing that power back to gerrymandered legislatures.

This year, ALEC members will consider a Draft Statement of Principles for Presidential Elections defending the electoral college system that got Trump elected in 2016 despite losing the popular contest to Hillary Clinton by almost three million votes.

ALEC was hesitant to back candidate Donald Trump that year, but jumped to embrace him once elected. ALEC CEO Lisa Nelson wrote in a letter to funders and members after the 2016 election that the Trump administration had "the potential to be an ALEC administration. It is full of the people and ideas we have advanced since 1973.... Now is our time. And ALEC is ready."

ALEC's draft policy statement opposes the National Popular Vote (NPV) campaign which, if successful, would award electoral college votes to the winner of the popular vote. The group will host a workshop at its Austin summit, National Popular Vote Interstate Compact – An Act of Federalism or the End of States as We Know Them, to debate whether it poses "an existential threat to federalism."

ALEC continues its all-out assault on public sector unions with its proposed Prohibition on Paid Union Activity (Release Time) by Public Employees Ordinance. The model ordinance from ALEC's local government offshoot, the American City County Exchange (ACCE), would make it difficult to investigate potential grievances, meet with employers for collective bargaining, or enforce a collective bargaining agreement because union members would lose pay for doing so during work hours.

ALEC corporations and legislators will discuss undisclosed "Public Sector Union Policy" at its Task Force on Commerce, Insurance and Economic Development meeting on Thursday, and members will hear a talk on anti-union "Litigation and Opt-Out" developments in the misnamed Worker Freedom Reform Meeting.

It is no secret that ALEC and Trump's Secretary of Education Betsy DeVos are fond of each other. After assuming office on a 50-50 confirmation vote in the Senate, with the tie broken by Vice President Mike Pence, DeVos was the featured speaker at the 2017 ALEC Annual Meeting.

The DeVos groups American Federation for Children (AFC) and Alliance for School Choice, along with private sector board member K12 Inc., have long been the drivers of ALEC's school privatization agenda in the states, and now DeVos wants to create a national "scholarship" to fund private and religious schools.

ALEC's Task Force on Education and Workforce Development will meet behind closed doors on Thursday to consider a draft Resolution Supporting the Principle of Education Freedom Scholarships to support DeVos' controversial plan to expand vouchers at the federal level. Although DeVos has said that the scholarships will not take money from public schools, the plan resembles many of the voucher systems rolled out in states across the country, which have resulted in decreased funding for public education. If adopted, taxpayers will be on the hook for the $5 billion in lost revenue from the new tax credits.

Vukmir tried to privatize virtually all facets of education in Wisconsin, and education issues became a big factor in her 2018 U.S. Senate race against Tammy Baldwin. Vukmir lost that race to Baldwin by more than 11 points.

Markey and Ocasio-Cortez introduced the bold plan to address the climate crisis by transitioning the U.S. to 100 percent renewable, zero-emission energy sources within 10 years, and it does not sit well with ALEC's fossil fuel industry backers.

ALEC's proposed resolution, which will be discussed in a closed-door session on Friday, denounces the Green New Deal as "socialist" and "un-American," and calls instead for an "American Clean Energy policy" that is "technology neutral" and "doesn't pick winners and losers in the economy."

However, ALEC seems to pick fossil fuel producers over renewables with its proposed Motor Fuel Tax Reduction Act. The model bill raises registration fees "on passenger cars, noncommercial motor vehicles, and commercial cars and trucks," and then gives drivers a prepaid card that effectively exempts them from motor fuel taxes. This will have the intended consequence of lowering overall taxes for gas guzzling vehicles, while raising taxes on electric and hybrid vehicles.

ALEC members also have the option of attending workshops on Sunshine Showdown: The Net Metering Debate across America and Federal Energy and Environmental Regulations Impacting the States.

The Trump administration has faced strong public backlash for calling the flood of Latin American refugees at the southern boarder an "invasion," separating immigrant families, and the inhumane conditions inside immigrant detention camps.

After taking its legislative board members on a "confidential border tour" on Monday, August 12 by Chinook helicopter and boat, ALEC's Task Force on Homeland Security Session will have three discussions on border security behind closed doors: "What Is the Problem, How Does it Impact States?"; "Updated from the U.S. Department of Homeland Security; What States Can Do to Help the Federal Government Measure the Impact of the Border Security Crisis"; and "What Makes Good State Policy?"

ACCE, will also take up the issue of sanctuary cities in the workshop Federalism v. Local Control: Localities that Defy Federal Law. Here members will discuss the legality of the "surge of localities refusing to cooperate with federal law enforcement agencies."

Despite ALEC's assertion that it "does not work on social issues," it will consider taking a stance opposing the cultural practice of female circumcision this week.

The Draft Model FGM Legislation (Female Genital Mutilation) would impose felony prison sentences on anyone who engage in the practice and any parent or guardian who permits it.

In another unusual move, ALEC is asking members to adopt a Resolution Urging Congress to Act to Provide Access to Banking Services to Cannabis and Cannabis-Related Businesses. The resolution states that ALEC "is not taking any position on the legalization of cannabis -- medical or recreational," but the measure would provide a big boost for cannabis related businesses in states that have legalized it.

Stay tuned to ExposedbyCMD.org as we report on ALEC throughout the meeting.

The following additional draft measures will also be considered at ALEC's Annual Meeting this week:

Arn Pearson contributed to this report.