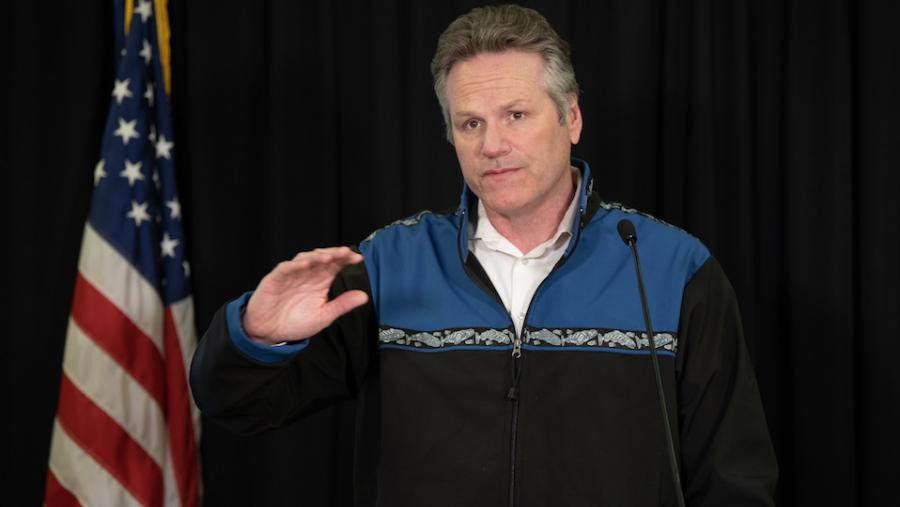 After an almost year-long effort, the campaign to recall GOP Alaska governor Mike Dunleavy won an important victory when the state Supreme Court ruled on May 8 to allow the recall on a future ballot.

The court upheld a superior court decision that allowed the recall to collect the necessary signatures, just over 71,000, to be placed on the ballot. Despite the coronavirus pandemic making signature gathering difficult, the Recall Dunleavy campaign, a largely volunteer effort, said that it would try to qualify for the November ballot using a mail-in system, and already had nearly 35,000 signatures as of May 4.

As Center for Media and Democracy (CMD) has documented, Dunleavy's deep budget cuts and his close association with the Charles Koch-funded Americans for Prosperity (AFP) have angered Alaska voters.

AFP, an astroturf organization funded largely by Koch, organized field hearings on Governor Mike Dunleavy's proposed 2019 budget, with the sessions billed as "private events" on their website. AFP controlled attendance and imposed a gag rule barring protest signs and asserting sole rights over all audio and video recordings of the proceedings.

Last summer, with the support of AFP, Dunleavy cut $400 million from the state budget's education, social services, and public health programs. Some of those cuts were restored, but a recall effort gained momentum, with recall advocates collecting 49,000 signatures in 2019 as the first step in qualifying the recall for the ballot.

Although the budget cuts and Dunleavy's cooptation by right-wing groups helped spur the recall, proponents asserted other grounds as the basis for their effort, including failure  to appoint a superior court judge on time, illegal use of state funds to run Facebook ads and mailers against opponents in the legislature, and an improper veto of funding for the judiciary.

Koch's AFP has supported Dunleavy, not just for his budget cuts, but his attempt, unsuccessful so far, to allow state funds to be used for private and religious schools. AFP also applauded the governor for imposing work requirements to qualify for food stamps under the federally funded, state-administered SNAP program.

If the recall effort is successful, Lt. Governor Kevin Meyer, also a Republican, would become Alaska's new governor. Meyers is a former state senator and senate president who worked for the oil giant ConocoPhillips up until his election as lt. governor in 2018.