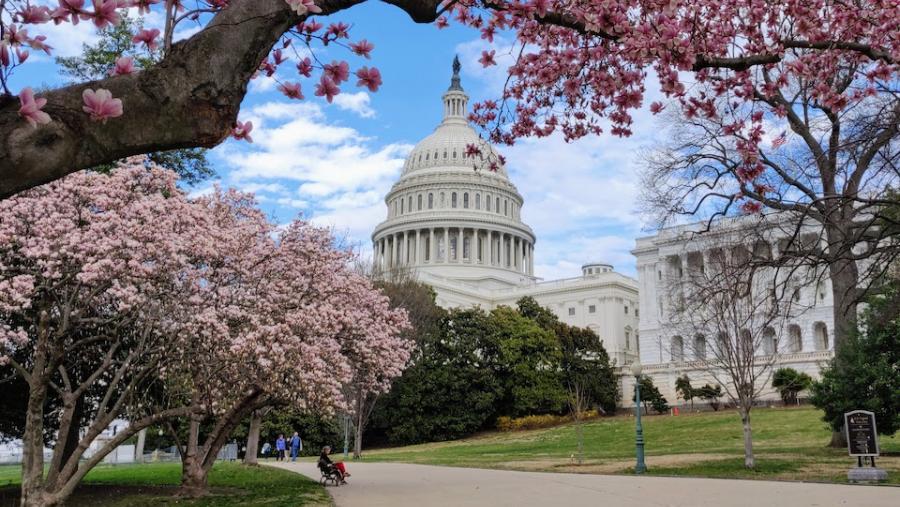 MADISON, WI - The Center for Media and Democracy's president, Lisa Graves, will testify before the U.S. Senate Judiciary's Subcommittee on Federal Courts at 3:00 p.m. ET on March 10, 2021 in a hearing titled, "What's Wrong with the Supreme Court: The Big-Money Assault on Our Judiciary."

Senator Sheldon Whitehouse (D-RI) will chair the hearing.  Other witnesses include Ben Jealous, the President of People for the American Way and the former CEO of the NAACP, and Michael Klarman, a constitutional law scholar at Harvard University.

A livestream of the hearing can be viewed here.

Ms. Graves' testimony will detail how the federal judicial selection process has been manipulated by special interest groups that have pumped hundreds of millions of dollars into sophisticated campaigns to influence judicial nominations, judicial decisions, and judges themselves with very little transparency about who is funding such campaigns.

"Dark money campaigns to capture America's highest courts are exercises in raw power by some of the richest people and biggest corporations in the world," Graves said, adding "Those running big ad campaigns about nominees, deploying litigators to influence them to overrule legal precedents, and trying to curry their favor need to be subject to at least the same level of transparency as do elections, lobbying, and gifts to any senior government officials, including gifts of substantial value by friends."

"This crisis is a dramatic reminder that the choice of who interprets our Constitution and the laws of our land is every bit as important as the choice of who passes those laws in the first place," noted Arn Pearson, CMD's Executive Director, who has spent more than two decades working to help secure fair elections and an open and honest government.

Graves will also address the exceptional role that the Federalist Society's Leonard Leo has played in selecting Trump's 234 federal court nominees—including three Justices given lifetime seats on the Supreme Court. Leo sits at the hub of the Right's secretive scheme to capture the courts and remake our nation's Constitution and laws, and his dark money judicial influence network raised more than $400 million dollars between 2014 and 2018, as calculated by True North Research in updating a figure first tallied by The Washington Post.

Graves will also highlight CMD's work investigating the dramatic increase in the filing of coordinated amicus briefs by dark money groups and their growing influence over Supreme Court rulings. CMD's research team--David Armiak and Alex Kotch--has found that a core cluster of right-wing funders gave more than $115 million between 2015 and 2019 to 18 groups that have filed multiple amicus briefs in recent major Supreme Court cases.

Given the scope of the problem and its enormous impact on the rights of all Americans, Graves will also express CMD's strong support for disclosure reforms like those contained in the For the People Act, the newly reintroduced DISCLOSE Act, the AMICUS Act, and the Judicial Travel Accountability Act.

"With federal courts interpreting everything from personal and civil rights and freedoms to the power of government to protect the public interest by regulating massive corporations and their effect on our environment, health, safety, privacy, and financial security, to the very ground rules of American democracy itself, the stakes could not be higher," Graves said.

Graves is also a CMD Senior Fellow and its former executive director. She previously served as the Judiciary Committee's Chief Counsel for Nominations under Senator Patrick Leahy, the Deputy Chief of the Article III Judges Division of the Administrative Office of the U.S. Courts, and as a Deputy Assistant Attorney General in the Office of Legal Policy/Policy Development at the U.S. Department of Justice, under both Attorneys General Janet Reno and John Ashcroft.

CMD is a nationally recognized watchdog group that has been researching and exposing the undue influence of powerful special interests distorting public opinion and our democracy since its founding in 1993.