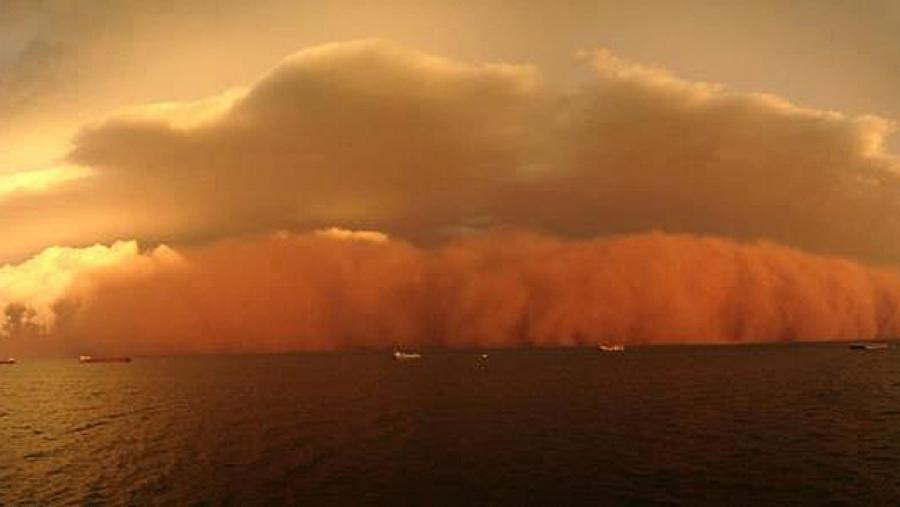 Nobody wants people to dump toxic waste into the oceans. But tragically, the very same natural micronutrients that are the most crucial for the oceans to be healthy and generate climate-restoring photosynthesis have been mislabeled by some as "toxic."

This is a big mistake, as perhaps our best chance to properly manage the climate crisis is centered on the unique capacity of the oceans, when healthy, to generate the photosynthesis that can remove the ruinous 1 trillion tons of extra CO2 that we have put into the atmosphere.

After 12 years of investigative climate journalism, I have come to believe that Ocean Pasture Restoration, OPR, offers a uniquely realistic path to avoid climate ruin. OPR is a nature-based strategy to bring the oceans' capacity for photosynthesis back to its historical norms in order to draw down enough CO2 from the atmosphere to give us a real chance to survive.

Nothing else comes close in terms of feasibility and practical ability to lower the damage of the CO2-caused greenhouse effect down to a liveable level. And, rather than requiring trillions of dollars from governments and donors, it can actually create profits in various enterprises including restored fisheries on a local level. It's fast, cheap and safe -- and we have no decent alternative solutions.

OPR restores the health of the oceans by replacing those natural trace nutrients, primarily iron, that have been lost in the last century due to a reduction in the amount of nutrient-rich dust blowing onto the oceans.

Unfortunately, OPR has been painted by some as the opposite of what it really is. This portrait can be summed up with one word that is repeated throughout all these misguided articles: toxic. Let's pick out two for the purposes of illustration.

A 2010 article in the journal Nature stated that OPR will possibly cause a massive toxic plankton bloom of scary sounding creatures called pseudo-nitzschia, spreading "the neurotoxin domoic acid," which would threaten "birds and mammals, and cause a condition called amnesic shellfish poisoning in humans."

And, in a second example from May 2017, a Scientific American article discussing OPR furthered the same misconception about toxic algal blooms killing mammals and birds.

However, while such toxic events can happen in shoreline areas, OPR's work is only conducted, and it only works, in the deep ocean.

OPR adds tiny amounts of mineral-rich dust to ocean pastures in the deep open ocean. Nature herself, by her dust storms and volcanoes, over time immemorial, has on many occasions added essentially this same composition of mineral-rich dust to these same deep ocean pastures, in amounts thousands to millions of times larger than what OPR envisions, and with some pretty impressive impacts on fisheries.

According to Tim Parsons, a marine biologist and former professor emeritus at the University of British Columbia, "The two biggest salmon runs that have occurred are both associated with volcanoes." (The biggest catch of salmon in all of the recorded history of the Alaskan region is attributed to an OPR event in 2012.)

In other words, Mother Nature has done the testing, and the results are in: there is no indication of danger.

I asked Professor Victor Smetacek, a leading expert in the field from the Alfred Wegener Institute for Polar and Marine Research in Germany, "Do you agree with my argument that the lack of reported cases of toxic blooms in the deep open ocean many hundreds of miles from the shoreline, despite all the volcanoes and dust storms, is a legitimate proof of the safety of OPR?" He replied this way:

Yes. The opposition against supplying iron deliberately and judiciously to ocean surface waters in specific regions to stimulate productivity is based on disinformation on how ocean ecosystems function…. Phytoplankton species that produce large amounts of noxious chemicals or even potent toxins are restricted to coastal and shelf areas by their life cycles. Since such algae cannot thrive in the open, deep ocean, opposition to productivity enhancement by iron additions is unfounded.

I posed the same question to another eminent and highly respected expert in the field, Professor Peter Wadhams, Emeritus Professor of Ocean Physics, University of Cambridge. He replied, "Yes, I am happy to endorse this."

The Scientific American article also invokes the London Protocol on the Law of the Sea (LP), and the Convention on Biological Diversity (CBD), in a way that implies that further large-scale testing of OPR would break laws and rules.

Researching the letter of the law, I put the question to  Romany M. Webb,  Senior Fellow and Associate Research Scholar for the Sabin Center for Climate Change Law at  Columbia Law School. She answered this way:

The parties to the Convention on Biological Diversity have adopted a resolution, which says that countries should avoid "ocean fertilization activities," except those conducted as part of small-scale scientific research projects in coastal waters. Notably, however, the resolution is not legally binding. So, provided countries complied with other provisions of the Convention on Biological Diversity, they could go ahead with the (OPR) type of project.

Webb adds that the amendment to the London Protocol that relates to OPR has not "yet entered into force so, at the moment, has no legal effect."

While the absence of legal effect is important, I would argue that both the London Protocol and the Convention on Biological Diversity, which are tasked to protect us from ocean dumping of pollutants and the preservation of biodiversity, have gotten off track by taking on OPR, since OPR does not involve toxic dumping or threaten harm to ocean life.

Edward A. (Ted) Parson, the Dan and Rae Emmett Professor of Environmental Law and Faculty Co-Director of the Emmett Institute on Climate Change and the Environment at the University of California, Los Angeles, had this to say about the legality of a successful OPR action in 2012:

There’s a ruckus going on over an experiment in ocean fertilization conducted off the coast of British Columbia in July and disclosed this week. The Haida Salmon Restoration Corporation, an enterprise of the Haida village of Old Massett, used a large fishing vessel to spread 100 tons of iron sulfate-rich dust on the ocean surface west of Haida Gwaii (or the Queen Charlotte Islands). The aim of the release was to increase plankton growth and there promote growth of fisheries and maybe also remove carbon from the atmosphere.

Such interventions exist in a near legal vacuum. Critics of the Old Massett Haida project are claiming it violates international law, but this is simply not true.

Mainly due to vigorous lobbying by a couple of small NGOs (the same ones now outraged at the Haida project), parties to the CBD have adopted two decisions discouraging ocean fertilization, and geoengineering generally. But these are purely advisory – and are moreover so clumsily drafted that even if they were legally binding (which they are not), their operational meaning would be utterly opaque…. Nations are under no legal obligation to refrain from ocean fertilization research, nor to submit proposals to any international process.

Despite articles that argue to the contrary, OPR is legal, safe and can make a uniquely large contribution to solving the biggest problem that we face: climate ruin.

As we admire the farmer who responsibly tends his land pastures, we are now at the dawn of the era where humans will also responsibly tend their ocean pastures. We properly love the Amazon, but after all, under the ocean surface are roughly 50 Amazon-forest-equivalent pasture aggregations, and that immense scale provides the capacity via photosynthesis to draw down enough CO2 to survive. The key is to restore the ocean pastures back to their historical health.

At the end of the day, we are all fortunate that OPR is proceeding. If you are under 20 years old, you can feel optimistic about your future largely because OPR will do its part to curtail the greenhouse effect. But since time is of the essence, let’s not let misconceptions slow down our best strategy to survive this crisis.